AL-ANDALUS, EVOO, THE CITY JODAR IN THE PROVINCE OF JAEN AS AN ANCESTRAL OLIVE OIL RESERVE AND THE MEDITERRANEAN DIET 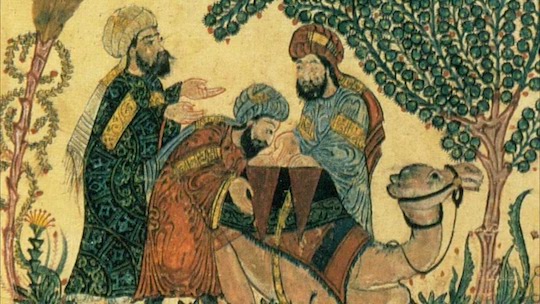 Al-Andalus is the name that Muslims gave to the Iberian Peninsula between 711 and 1492. The economic foundation of the Andalusian world was based on agriculture, livestock and commerce. According to Ibn Ábdûn de Sevilla, “agriculture is the basis of civilization, and life depends on it.”

To this end, a large number of ancient texts on agriculture, most of them being oriental, were collected, translated and perfected.Andalusian agriculture was oriented towards food crops, although there were other crops that were used for textile and medicinal plants, among other things. There was a considerable increase in agricultural production, because there were no longer servants or slaves, and people now worked their own lands. This is because they divided the land and distributed it. The land they distributed were mainly ancient Visigoth estates. They were subsequently turned into small family farms.
They studied the different kinds of land, their nature, their properties and how to distinguish good land from bad land. Then, they perfected irrigation techniques, with the use of pools, ditches and canals, which are techniques that still remain today.

They were responsible for introducing new species, such as eggplant (badinÿana), which is native to India. They spread it throughout the Mediterranean to Iran. Among other vegetables they introduced artichokes (jarshuf) and asparagus, which had the special ability of getting rid of the bad odors that meat gave off. Of the most popular vegetables were pumpkins, cucumbers, green beans, garlic, onion, carrot, turnips, jaramagos, chard (as-silqa), spinach (isfanaj) and many others.

The greatest evidence of the Muslim influence on agriculture is undoubtedly the expansion of olive growing. Although it already existed in the place, Muslims encouraged and organized its large-scale cultivation. Also, they introduced olive oil in gastronomy. In fact, today a large part of the olive vocabulary in the domains of the Iberian Peninsula has a Muslim origin: oil (zayt), almazara (al-ma’sara), aljarafe (al-Šaraf). Olive trees in Al-Andalus were dryland crops and spread throughout the territory, mainly occupying the areas of Seville, Cádiz, Córdoba, Granada and Jaén. Jódar, a town located to the south of Úbeda (Jaén), had an extraordinary importance as an olive growing zone, becoming what was known as “the oil reserve of Muslim Spain”.

EVOO consumption greatly increased and was popularized in the Andalusian population, which had a large impact on the economy of Al-Andalus. Olive growing was one of the keys to the so-called Andalusian green revolution. The agronomic expansion, developed between the eleventh and fourteenth centuries, had olive tree cultivation as one of its fundamental pillars, which led to the emergence of an olive growing and oleiculture that still flourishes to this day. In this way, EVOO was consumed as a cultural asset, and its value has been inherited today through the Mediterranean Diet.