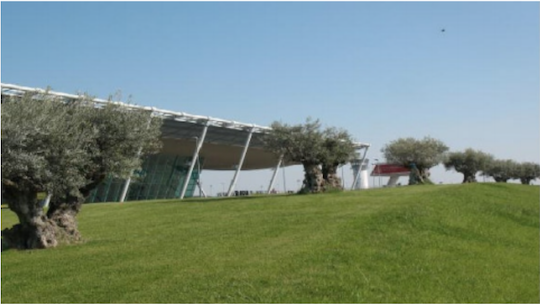 The international airport Mother Teresa, also known as the Tirana International Airport, has eight ancient olive trees under its protection in the Albanian capital.

In Albania, the olive tree represents an important part of the agri-food sector, and a million annual workdays are generated, despite the greater part of cultivated olive tree being found in areas with accidental topography and adverse climatology. This is a good home for olive trees because there is landscape richness and they promote an interesting ecological biodiversity. Also, most of the olive groves are ecologically cultivated.

Olive groves in Albania experienced their greatest growth in the Byzantine period (V-XI centuries) and around the fall of the Roman Empire. After this, there was a crippling devastation. This didn’t start to recover until the fifteenth century. Kastrioti SKanderbeg revolted against the Ottomans, who were the main olive tree destroyers and fought against Turkish rule three times. At this time, before getting married there was a the curious tradition that existed. The couple in love had to plant several olive trees in order to have good omens in their marriage.

The olive tree in Albania is more than a simple crop. The oil that is extracted from its fruits is valued more for its healing properties than its culinary qualities. Also, it is a symbol of protection against catastrophes, wars or epidemics. Therefore, since the times of the antiquity, olive trees have been planted around all fortifications as a symbol of protection. These olive trees are still present today in many monuments, and are a tourist attraction and a sign of identity of the Albanian territory.

The government has drawn up a plan for the planting of 20 million olive trees, which includes the planting of olive trees in all gardens of tourist complexes, parks, villas, shopping centers or centers of tourist or recreational interest. This will be done in order to generate a nice, historical image of the country. That is why these majestic olive trees, which stand as eternal green knights, will forever protect the Tirana International Airport.