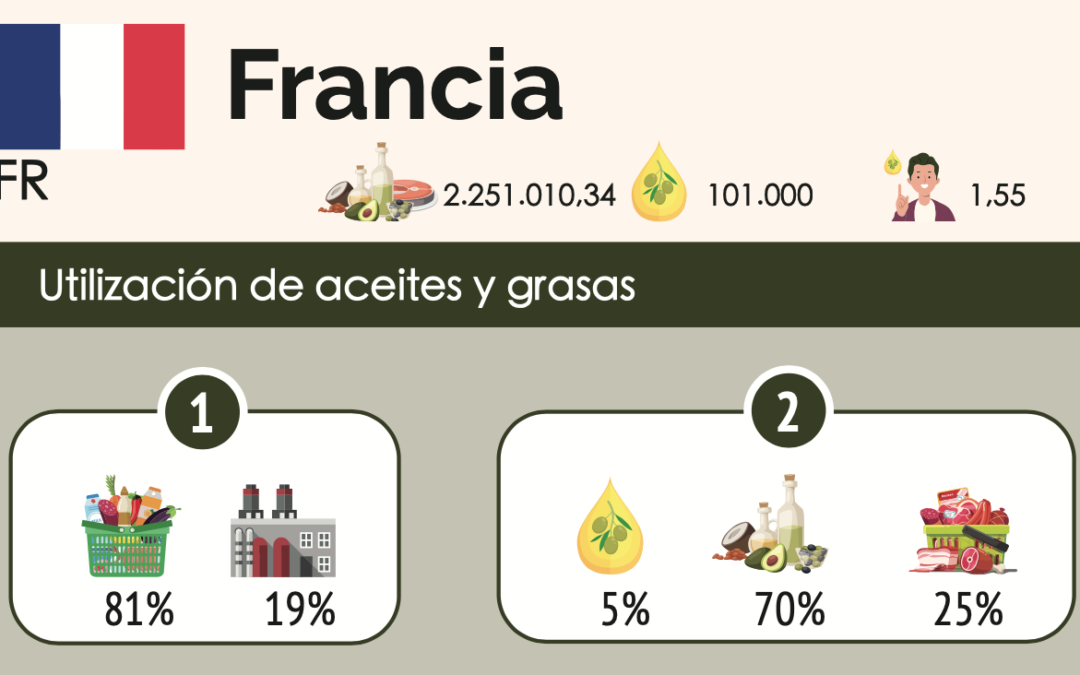 France is a country located in Western Europe. It has about 67.4 million inhabitants and is renowned for its wines and sophisticated gastronomy. It is the smallest producer of olive oil in the Mediterranean. The largest olive plantations it has are located in the southeast of the country.

It currently has 55,000 hectares of olive groves. It is ranked 22nd in olive grove cultivation area and 23rd in olive oil production. 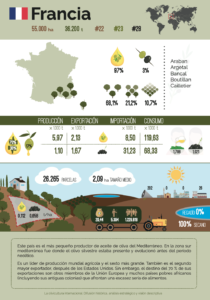 It is a world leader in agricultural production and the sixth largest that exists. It is also the second largest exporter, after the United States. However, 70% of its exports go to other members of the European Union and many poor African countries (including its former colonies), many of which are facing serious food shortages.

It has about 25,264 olive grove plots, of which the average size is 2.09 hectares. In terms of productivity per hectare, 0.112 tons of olive oil and 0.658 tons of table olives are generated.

The turnover generated in the olive oil sector in France is around 20.44 million euros. The country has 202 mills and 26 bottling plants. To date, there are no olive oil mills or refineries in France. The annual number of working days in these sectors is 1,229,818.

Olive oil consumption in women is slightly higher than in men, at 50.2% and 49.8% respectively. The age range which consumes the highest amount of olive oil is between 34 and 49 years old, which is 31%, followed by the age range over 65 years old 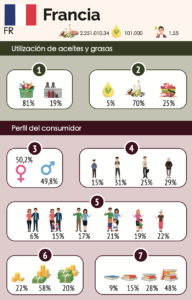 In terms of family structure, the highest percentage of olive oil consumption is among single or widowed people (22%), followed by middle-aged families with children (21%).

It is mostly used as a condiment, for example for salads.Therefore, it is used raw, and this amounts to a significant percentage that oscillates around 65%. 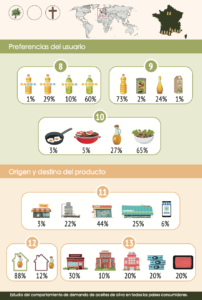 With regard to the acquisition of olive oils, the French mainly acquire it in supermarkets, followed by oil mills, bars or points of sale. Olive oils are least frequently bought in traditional stores.

They tend to consume it in 88% of their own homes, but it is important to note that 12% of consumption takes place outside the home. The establishments where olive oil is used outside the home are bars and restaurants, followed by canning and processing industries.