HOW IS IT GOING IN… BRASIL? 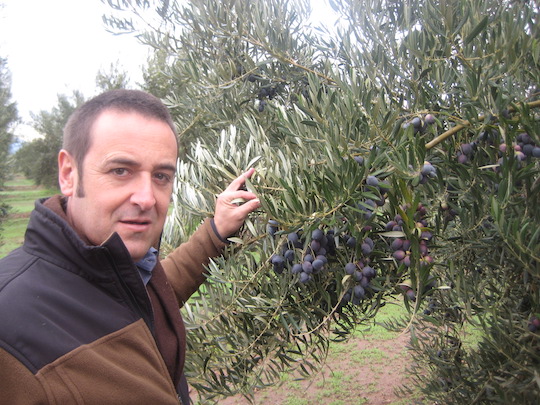 I have followed the movements of olive growing in Brazil since 2003. At that time, everything was extremely new, or rather, innovative. We did not have any objects to study and observe, but we were part of a movement that wanted to cultivate olive trees in Brazil.

Everything was so unprecedented at that time – I will now draw a parallel here to contextualize Brazil’s progress: – In Poços de Caldas MG, when I received Angelo Guidobaldi, the owner of Frantoio Societa Agricola Trevi in Umbria, as a result of a cooperation agreement I sought in Italy, all I had to show him was a few olive trees on a street in my village. I remember that Angelo was surprised to see a mere half a dozen olives. At that time, everything was very far from the reality of Brazil today after 17 years. Angelo never came back here. But if he came back today he could, according to data from IBRAOLIVA, participate in the observation of a chain currently formed by 300 olive producers, with 10,000 hectares planted, with about 80 brands from the Brazilian regions of São Paulo, Minas Gerais, Rio Grande do Sul, Paraná, Santa Catariana, Espírito Santo. In addition, Angelo would be able to participate in the scheduled launch of the second edition of the publication «Guia de Azeites do Brasil.» Among the Brazilian brands, some have already been given awards in the main world competitions. In other words, Brazil is living proof that it is possible to make quality extra virgin olive oil from square one. This is equivalent, from the point of view of validation, to the doubts that exist about the possibility of producing extra virgin olive oil in tropical lands. Also, when speaking about Angelo and what else he could have explored in regards to Brazilian Olive Growing, we can mention a visit to an olive mill with equipment produced entirely in Brazil. Yes, Brazil also has an industry of high performance centrifuges that are 100% nationally manufactured. In other words, there is full capacity in the value chain and related industries.

Therefore, as stated before, Brazil has made enormous strides in bettering its olive sector. However, from a financial, agronomic and therefore efficiency point of view, there is still a long way to go. Since Olive Growing is a very new activity, one not very significant compared to the relevance of Brazilian agribusiness participation in the world scenario, it is normal that our behavior is still rather immature. We have a job to do in researching new varieties, climate zoning and management techniques adapted to our soil and climate conditions. We have to promote business research where the experimental field is based on what Brazilian producers have already implemented on their farms, in addition to the efforts of research institutes such as EPAMIG, EMATER, EPAGRI. I also think it is quite urgent to study the flowering cycle and the behavior of olive pollen in different varieties in greater depth. We need to understand which varieties contribute to many others in the period of flower opening. Despite all of this, I still believe that it is very feasible to also implement pilot projects of super high-density models in new agricultural frontiers, where the cultivation of the olive tree has not yet arrived. In such places, when these super high-density plantations arrive, they could be responsible for filling the shopping carts of all Brazilians with oil. Who would not want to guarantee the presence of such an enriching, functional food on the table?

In terms of consumption, we are a global volume powerhouse – the average volume of 32,000 tons / year is imported – but we are still timid consumers in a per person ratio  as we only reach 500 gr per capita a year, although It is still possible to observe an increase of between 15 and 20% in annual consumption. We must consider a significant positive impact due to the improvement in the quality standard and variability of the imported brands present in the Brazilian market. The Ministry of Agriculture, MAPA, has positioned itself as a major fraud repressor, raising awareness among consumers and questioning labels, vintages, bottling dates, acidity and even peroxide levels. The equipment was purchased by MAPA for instant and accurate analysis during inspection. Olive oil is now much more present in the list of healthy consumption in Brazil thanks to the national producer who is also in charge of this dissemination of the cult of good oil. But there are still some restrictions. Many consumers still refuse offers to taste pure olive oil. I have already observed this terrible effect in several tasting sessions when people do not accept to try a pure portion of such delicious olive oil. Because of this, many miss the opportunity for such a great experience. There is still much to be gained in Brazilian consumer habits. I go so far as to say that we even have to replace the margarine market. We have to have oil present from breakfast and on in homes and bakeries. In the end we are on the move as we change year after year. But many questions inherent in this natural process of introducing new culinary habits into the culture continue to exist. But I always like to say that in the midst of such doubt, it helps us think more clearly and be more sure.