THE FILM LOVE UNDER THE OLIVE TREE: THE OLIVE OIL VERSION OF FALCON QUEST 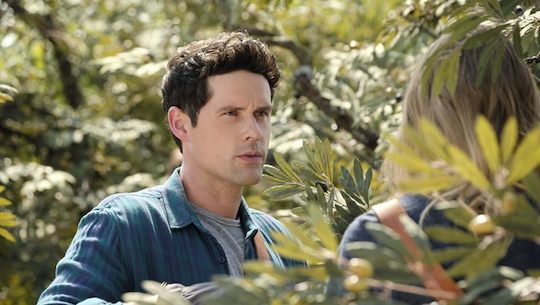 The olive tree has been a symbol of peace, prosperity, wealth and well-being throughout history, where it has been present in every civilization known to man. Olive trees have been mentioned in manuscripts, papyri, treaties, proverbs, sayings, quotes and poems, demonstrating the importance and relevance that this unique crop has had in many areas of humanity, such as science, philosophy, engineering, literature, sculpture, painting, dance and cinema.

Specifically, as far as cinematography is concerned, there have been many feature films where an olive tree can be found in the plot of true love stories, dramas and comedies depicted on the big screen.

One of the most recent examples can be seen in the film of Love Under the Olive Tree, an American Hallmark film that tells the story of how Nicolle, a young entrepreneur, who is in love with EVOO and olive growing, decides to expand the family olive oil business in northern California. In search of profitability and growth, she tries to build an oil mill on land close to her ranch, a place whose ownership is not well defined. When arguing for the right to build on this and in court against her competitor, Jack, the local judge dictates that the winner of the Premium EVOO contest will take ownership of the land. Then, Nicolle and her rival Jack, go on a quest to obtain the best EVOO. However, during this process, a romance sparks between the two. As the harvest approaches, the one whose olives will be used in obtaining the precious EVOO, they discover that, despite the fact that their families have been competitors for generations, working together is a much more profitable business model. In deciding to unite with one another, they understand they will be unstoppable, obtaining unparalleled results.

This movie demonstrates how olive culture has made its way to every corner of the planet.