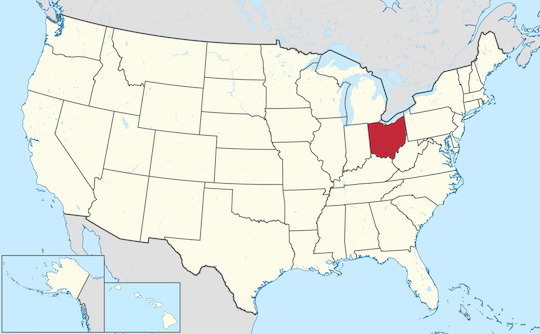 It is not out of the ordinary to see olive trees dispersed in the forests alongside highways in Ohio. This is the result of the ‘emotional olive growing’ that has developed in cities along Lake Erie, such as Cleveland and Youngstown, where numerous Italians settled at the beginning of the last century. They tended to form their own communities and preferred to live among people who shared similar cultural beliefs and spoke the same language. Also, they were very committed to maintaining their traditional heritage and beliefs.

The Italians moved throughout this entire state, and they specialized in baking, gastronomy, construction, ice-cream shops, among other things. One other thing that they are also known for, which is a symbol of their identity, is olive growing.

Although Ohio does not meet the appropriate weather conditions for the proper development of olive trees – since it has very cold winters, abundant rainfall and high humidity, due to its proximity to Lake Erie, Italians settled in this state. With love and dedication they managed to cultivate small olive farms, from which they obtain small batches of EVOO that are self-consumed. This has allowed them to keep the tradition and heritage of their Mediterranean ancestors alive, which is the legacy of olive trees and EVOO.

A symbol of the importance that this crop can be seen in the city of Cleveland, Ohio on the majestic statues of the ‘Guardians of Traffic’, which are located at the ends of the Hope Memorial Bridge, which crosses the Cuyahoga River.  This bridge was built at the beginning of last century. These statues symbolize the progress of transport and protection. They represent to some extent Hermes, the Olympian messenger god of borders and the travelers who cross them. Here, the ingenuity and commerce of Greek mythology is represented. One of the guardians has a winged helmet to indicate its speed, and it is supported on an olive tree in which it is maintained, representing the caduceus, a symbol of commerce that was given by Apollo to Hermes.

Once again, all of this reminds us that the olive tree forms part of the legacy that crosses borders, making emotional olive growing, which has spread throughout the entire planet, an irrefutable symbol of peace and security.