It is well-known that olive oil has been an object of trade since antiquity. However, what may not be as evident is that its trade was first regulated in the first legislative code in history. Known as the Code of Hammurabi, it was a compilation of laws and edicts made by the sixth king of the Babylonian Empire, Hammurabi. 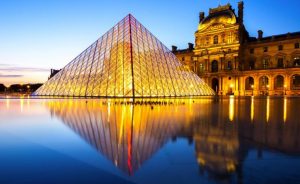 It dates to the year 1,760 a.C. approximately. It is one of the most important legal codes of antiquity. It is composed of 282 laws, written in ancient Babylonian and inscribed in a black diorite stele, arranged in 46 columns. On this stele you can see a scene in which Shamash, the God of the Sun and Justice, gives the king his royal insignia. It was translated in the year 1901 by the French monk Jean Vicent Sheil. Today, it can be seen in the Louvre Museum in Paris.

In the 104th law in the Code of Hammurabi talks about the figure of an olive oil merchant.

“If a merchant give an agent corn, wool, olive oil, or any other goods to transport, the agent shall give a receipt for the amount, and compensate the merchant therefore, he shall obtain a receipt from the merchant for the money that he gives the merchant.”

Also, the transport of olive oil by sea is discussed. In the 237th law, it is established that in the case that a ship does not arrive to its destination on account of the negligence of its captain, he will have to reimburse the value of the olive oil or other merchandise that could be found in the boat to the owner.

“If a man has hired a boat and boatman, and loaded it with corn, wool, olive oil, or dates, or whatever it be, and the boatman has been careless, and sunk the boat, or lost what is in it, the boatman shall restore the boat which he sank, and whatever he lost that was in it. ”

The importance of olive oil is greatly noted in the Code of Hammurabi, since it was a basic sustenance that guaranteed the well being of people at the time.

Therefore, in the 178th law it is noted that the dowry left in the will by the father to his daughter (a priestess or one dedicated to a divine cult) would have been given to the brothers who would have been left with all his land, crops. In return, they would provide the sister with olive oil and clothes. All of being so if the father did not not authorize the will on behalf of his daughter. However, if the brothers did not comply with the law and provide their sister these things, the sister would be able to turn in her land and crops to a tenant and he would take care of it. But she would not have been able to sell her dowry because it still would have pertained to her brothers

“If a «devoted woman» or a prostitute to whom her father has given a dowry and a deed therefore, but if in this deed it is not stated that she may bequeath it as she pleases, and has not explicitly stated that she has the right of disposal; if then her father dies, then her brothers shall hold her field and garden, and give her corn, olive oil, and milk according to her portion, and satisfy her. If her brothers do not give her corn, oil, and milk according to her share, then her field and garden shall support her. She shall have the usufruct of field and garden and all that her father gave her so long as she lives, but she can not sell or assign it to others. Her position of inheritance belongs to her brothers.”

King Hammurabi built our irrigation systems, the ones that boosted agriculture and trade in Mesopotamia.