THE DE GALLANT: A REINVENTION OF SAILING SHIPS FOR EVOO SHIPPING 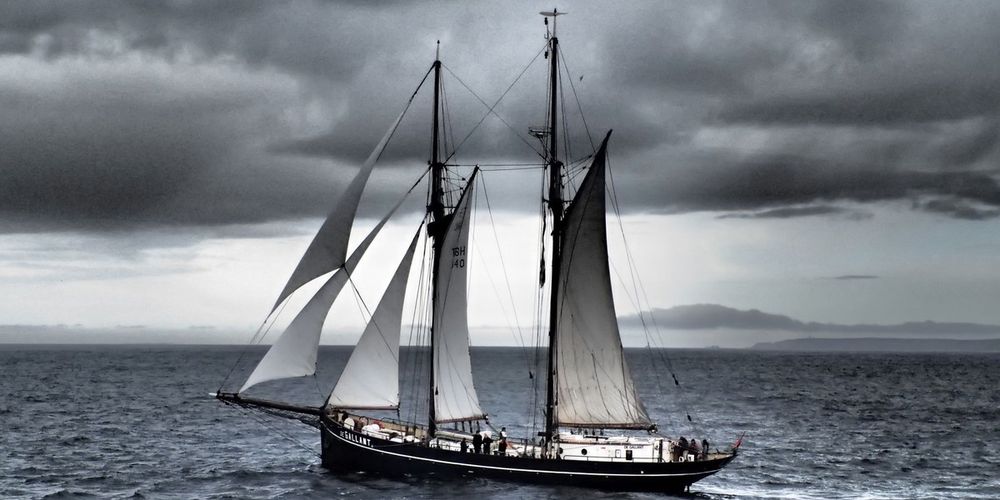 Sailing ships were one of the first means of maritime transport. There were different types of them according to the function for which they were destined. There were war, fishing or trade sailing ships, as well as ones meant to sail the seas, rivers or lakes. The Egyptians were one of the first creators of this type of boat, as they used them to navigate the Nile more than four thousand years ago.

In the Roman period, maritime ships were called onerariae. These ships had sails or oars, or a combination of both. They also had a maximum capacity of one hundred tons that could be distributed in 3,000 amphorae.

Roman maritime trade was one of the main sources of prosperity of the Roman Empire.  Through it, basic goods were traded such as wheat, fish, EVOO, wine, hemp, flax, wool, wood, metals and manufactured products. Spain, then known as Hispania, was one of the main suppliers of agricultural products, mainly wine and EVOO. This has not changed much as this trend is still strongly present in our times.

Currently, maritime transport accounts for more than 80% of international trade in goods and is one of the main means of international transport, as it allows the shipment of large quantities of goods at a lower economic cost. Despite being so vital to the global economy, it is not so beneficial for the environment as it is responsible for 2.5% of the planet’s carbon emissions.

That’s why Will and the other owners of Fairtransport are dedicated to restoring sailing ships for emission-free shipping.  What began as a dream is now a reality. Like our Roman ancestors, they have decided to trade the most valuable commodity to transport, Iberian-made EVOO. One could imagine the genuine excitement the viewers must have felt in seeing one of the ships, named De Gallant, that sailed to Bristol. Here, the locals of the area watched in awe as the sailboat loaded with EVOO sailed under the suspension bridge. Not only this, they were able to have a taste of this fantastic EVOO once the ship docked in port.

The purpose of this venture is to market high quality products with a near zero carbon footprint in an ethical manner. Although the system has logistical limitations, work is underway to implement this system with larger and more capable sailing ships and more frequent routes.