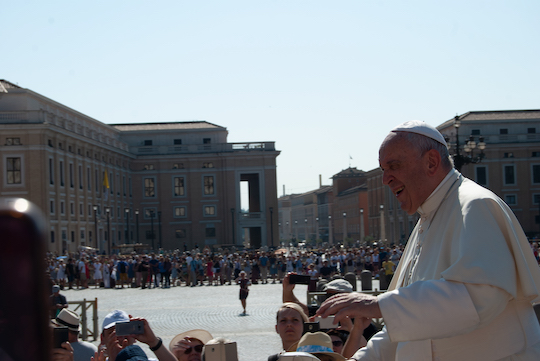 In June of last month, during the last papal reception of the month, Pope Francis was given a copy of International Olive Growing. His holiness was grateful to have received the gift and considered it to be very interesting, pointing out the large presence of olive trees in different passages of the bible and in the Christian world.

As is known, the Pope have an olive mill in a locality known as “CastelGandolfo” or “VillePontificie.” It is bigger than 50 ha, located 24km from Rome (although it is property of the Vatican, not Italy) In this grove, more than 1000 olive trees of the Frantoio, Pendolino and Vernina can be found. The fruit from these trees makes an extra virgin olive oil of the highest quality which is sent to the Vatican itself to be consumed.

The first archival reference from a pontiff we have referring to olive growing comes from the year 1260. Thus, the Vatican has had a tradition of producing extra virgin olive oil for at least eight centuries.