Algeria, cradle of agriculture, producer and consumer of olive oil since the dawn of mankind 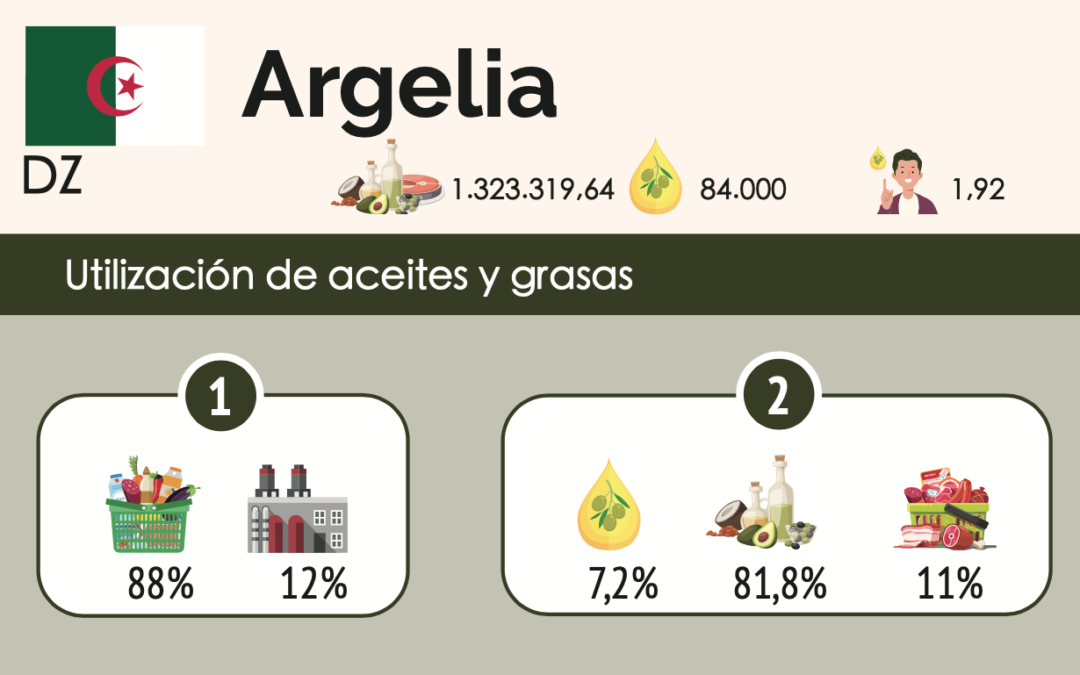 Algeria is a country located in North Africa. Olive growing in this country is centered in the mountainous areas of Cabilla and Aures, located in the central and northern part of the country, where 86% of the total is produced. More than 43% of the olive trees are over 50 years old. Currently, the olive tree in Algeria represents the most important tree crop, with 38.7% of the surface area being dedicated to this type of agriculture. 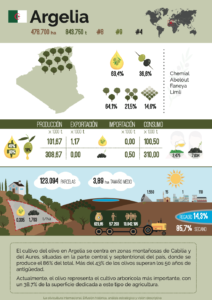 Its crop production is divided between traditional, intensive and super-intensive olive groves, representing 64.1%, 21.5% and 14.6% respectively. In addition, the largest percentage of this crop is rainfed (85.7%). 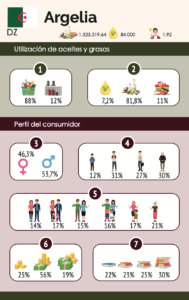 Of the total amount of oil, 7.2% is consumed in Algeria. It is consumed by more men than women, as they account for 53.7% and women 46.3% respectively.

According to income level, those with a medium income level consume more olive oil (56%). 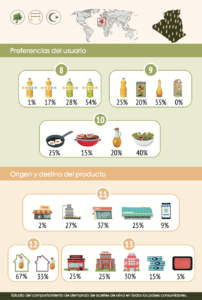 The establishment where olive oil is purchased in Algeria is firstly in supermarkets (37%), followed by oil mills (27%).