HOW IS IT GOING IN… ARGENTINA? A second perspective 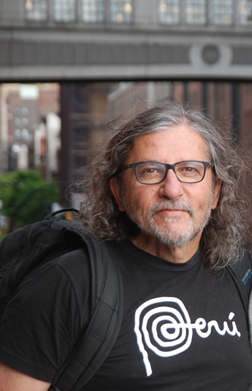 Agricultural Engineer Esteban Santipolio (MP12566 from CPIA) is a graduate of FAUBA and has postgraduate degrees in Agribusiness at FAUBA, a Postgraduate degree in Rural Development Studies at CERUR Israel, Elaiotecnia Course at IFAPA Jaén-Spain, a Postgraduate degree at UN Litoral in Agroecology. He was a member of CREA Olivícola San Juan from 1997 to 2016, has been a member of the IOC Olive Oil Tasting Panel of the UCC since 2002 and was a member of the Regional Council INTA Cuyo 2004/2008. He was part of an International Tasting Jury in Argoliva(2010-2019), NYIOOC(2013-2020), Finoliva-Brasil(2014),New Zealand 2018 and Sudoliva(since 2017). He worked as an agricultural manager of the consulting firm CIASA, a developer of horticultural and olive projects for more than 10,000 hectares in nurseries. Also, he worked for the agro-industry, in the packaging and marketing of olive oil in Argentina, Uruguay, Australia, Brazil and Turkey from 1992 to 2018. He was an advisor for an olive growing project of 1800 hectares in San Juan, Argentina (2017-2018). Furthermore, he was an advisor in agro-ecological olive growing. He is also a member of Proyecto Familiar Tutuna, agroecological olive variety and natural phytocosmetics based on olives. Finally, he is a member of the Radio Program Por La Tierra.

In collaboration with Dr. Jorge Pereira

Argentina has planted some 100,000 hectares of olive trees, 35% of which are in a traditional setting and date back more than 50 years and the rest, some 65,000 hectares of intensive olive groves, were planted in the last 30 years. There was a period of about 15 years (1990-2015) where the plantations were made under a tax promotion regime, looking for proximity with the traditional olive groves since they figured that promotion took place in traditional olive growing provinces such as Catamarca, La Rioja and San Juan. But due to the lack of basic information in the public domain on the one hand and a mixed interest between planting and deferring taxes on the other, many mistakes were made. This happened with the areas, in the varieties and in the combination of both. After this time, the suitable areas appeared. In these clearly suitable areas, olive trees continued to be planted without promotion or tax incentives, with good production and variety results. The main areas were concentrated in Andalgala-Poman and to a lesser extent Tinogasta in Catamarca, Chilecito and to a lesser extent Aimogasta in La Rioja and south of San Juan to the west of National Route 40. These plantations applied and took advantage positively of the accumulated experience, developed important plantations of hundreds of hectares, with maximums of up to 2000 has per productive unit with drip irrigation, vertical integration with or without own industry, high yields per hectare, increasing mechanization in the harvest and sale of extra virgin olive oils (EVO) mostly in bulk. It is estimated that post-development development would be around 20,000 hectares, all electro-dependent. In the last 5 years,  the commoditized price of EVOO being equal or lower than historical averages plus the increases or «sincerifications» of prices of kilowatts for irrigation complicated the primary gross margins a lot despite, as we said, there being high vertical integration in the high scale olive chain. The main varieties found are Arbequina, Picual and Coratina oil fields, and in the super-intensive (SI) Arbosana and some Koroneiki systems. 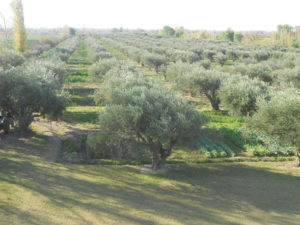 On the other hand, the traditional olive trees are mainly Arauco and the new table olives have the Manzanilla variety. What happened to them? Manzanillas are located in the areas of Aimogasta, Chilecito and the central valleys of Catamarca and La Rioja. The traditional Arauco (100 plants per hectare) mostly located (70%) in the Province of Mendoza continue to produce mainly table olives and as a second destination olive oil. In many cases they are linked to agrotourism, their locations are threatened by the growth of cities and the risk is that urbanization might end with them. However, it should be noted that it has been discovered in this process that its oil is of very high organoleptic quality and this is giving it a particular interest for its originality and presence in the markets. A similar process can be seen in northern Chile and southern Peru with the Azapa and Criolla varieties, where the Arauco comes from.

Recently, consumers are also demanding organic or agro-ecological olive oil. Since 2018, the FDA (USA) requires zero residues in the insecticide Chlorpyrifos, one of the most used in our country for the control of cochineals and that has accelerated and expanded this process, since also the domestic market in urban centers requires healthy products without agro toxins.

We particularly see the need as an opportunity as the consumer asks for in general with food, while the environment is under the pressure of global warming and COVID 19 is forcing us to rethink ALL THE PRIMARY AND AGROINDUSTRIAL PRODUCTIVE MODELS.

That is why we are developing an Agro-Ecological model for our olive groves, keeping the concept of pressurized irrigation, vertical integration and added value in origin.

Finca Tutuna is a family scale enterprise. We have an olive plantation where we have lived for 25 years with 8 hectares of centennial olive trees and another 10 hectares of young and nearby ones. The change began eight (8) years ago when we decided to focus on changing our daily lives and dedicate ourselves to generating activities on the farm that allow us to live from it and feel good about what is generated from it. For that reason, we changed the way of producing, we stopped using agrochemicals and entered a transition that took five (5) years. It was key to find a commercial outlet and we joined the weekly Prohuerta INTA fair, and bought a mill to produce olive oil through a promotional credit. After having our Olive Oil (OO), which today is extra virgin (EV), Varietal (V), Agro Ecologico (AE), and was given awards in international contests in Peru, Brazil and Argentina, we decided to add value and registered a brand for the oil category, for olives and for phytocosmetics based in olives, that is to say, creams, ointments, shampoos, soaps, accompanied by plants that we cultivate ourselves or that we collect from the neighboring hill because they are spontaneous.  Today we have more than 30 different products, whose common axis is AOVEVAE TUTUNA. We have learned that the decision to change is the first step, that the transition is the way and that it can last more or less, but that you have to accept it as a process and that it never ends. We compost the pomace from the olive mill by solving an environmental liability that pomace accounts for. We make compost tea and fertilize our plants, we have drip irrigation equipment, a water reservoir to store the turn and use the irrigation more effectively than for our oasis agriculture (92mm of rain per year) is key. To close the circle we are about to install solar panels for power generation and a laboratory for phytocosmetics in Bioconstruction this year. We also do rural tourism, we have a cabin to accommodate temporary visitors, tourists, family, friends or volunteers. Thus we believe that we will close a great first circle to continue weaving others that come in this bet to the Circular Economy where we try to incorporate almost everything into the next process. Our experience is being evaluated, measured and put on paper through two degree theses (in process) of students from the Faculty of Agronomy of the UNSJ.

We have made a video to disseminate what we do, which can be used as support, inspiration or simply as good place to enjoy and learn something new.