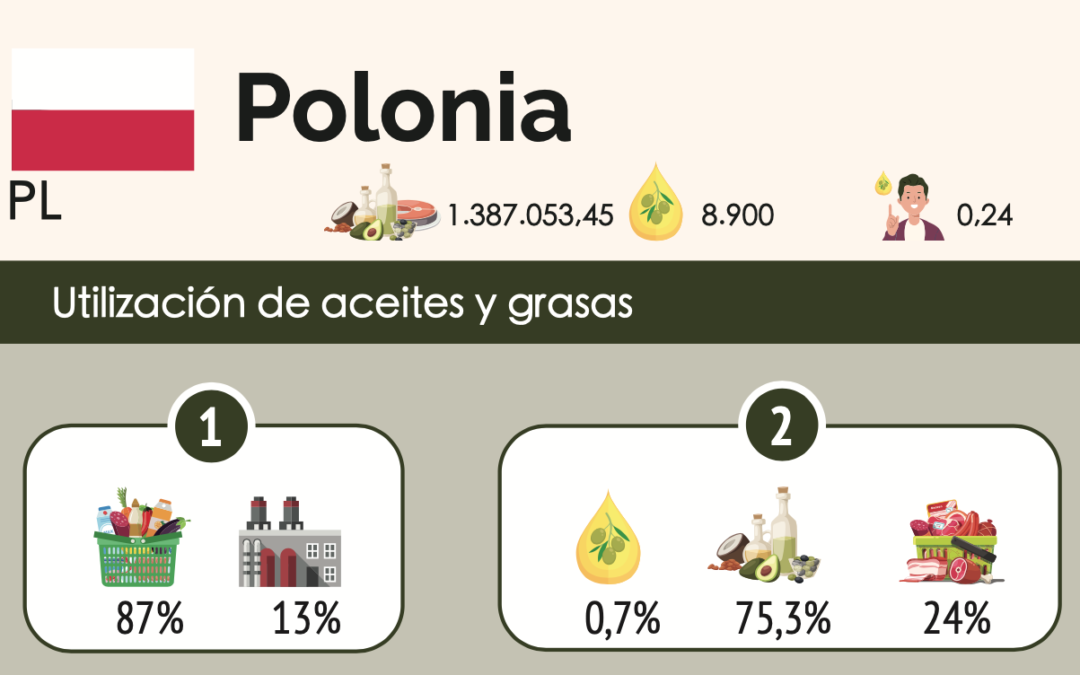 Poland is a country in Eastern Europe. It has about 38 million inhabitants. It is among the countries that consume the most beer; it is estimated that an average citizen drinks 99 liters of beer per year.

The olive oil market in Poland is still quite small, but it is currently expanding. No olive oil is produced and there is no great tradition of consumption. All the oil consumed is imported, most of it is extra virgin. In recent years, Spanish exports to Poland have remained constant, while Portuguese exports have experienced more significant growth. 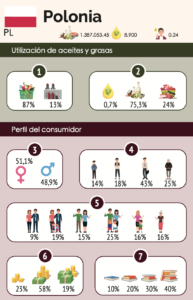 Around 0.24 kg of olive oil is consumed per person. The total consumption of olive oil stands at 0.7% with respect to the other types of oils present on the Polish market.

In terms of educational level, individuals with a higher level of education (university) have a higher consumption of olive oil (40%). However, for those who do not have studies, their consumption does not amount to more than 10%. In general, olive oil continues to be unknown to the lower-medium consumer, although its qualities are appreciated by more educated consumers.

According to the type of container, consumption is higher in PET containers (70%) and glass containers (28%). The main use of olive oil is in crude oil, that is to say, for seasoning (65%), although the use of olive oil for cooking (28%) also stands out, but  to a lesser extent than the previous one.

The main establishments where the inhabitants of Poland buy olive oil are supermarkets (37%), followed by hypermarkets (25%).

The majority of users in this country consume olive oil in their own homes (96%), only 4% do so outside their domestic environment. Outside the home, the establishments where olive oil is most consumed are in collectivities (30%), hotels (25%) and in bars and restaurants (25%). 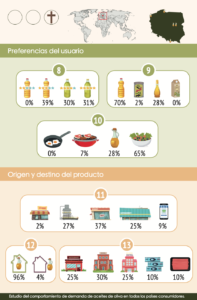 Until now, olive oil has been a less accessible product in this country due to the price, but it is also true that there are two factors that compensate for this situation. On the one hand, Poland is no stranger to the global trend of greater concern for health. On the other hand, the purchasing power of its almost 38 million inhabitants is increasing at a fairly good rate, which makes it more feasible to buy quality products such as extra virgin olive oil.