REFLECTING ON THE PAST FOR INSPIRATION… HECTOR CARLOS AUTINO 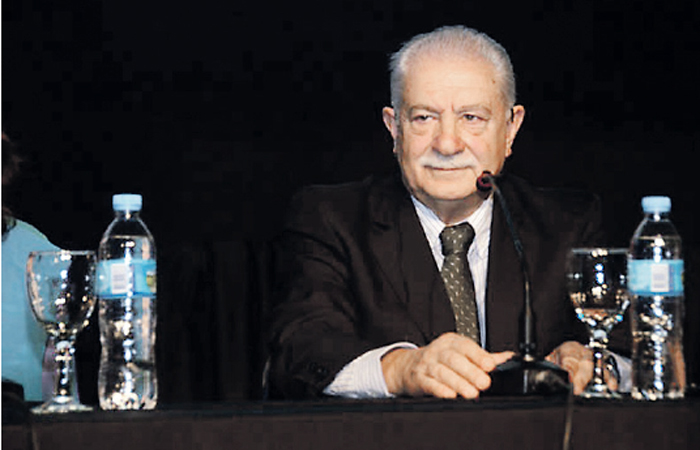 Article written with the collaboration of the Rosario Stock Exchange

According to INDEC, in 2019 Argentina exported 65.115 billion dollars. Of the total, 29% was generated by the seed oil sector and 15% by the cereal market. The key to this was the productive recovery after the worst drought in 50 years.

The 2018/19 agricultural season was characterized by a very important production reco-very after Argentina went through the worst drought in half a century in the 2017/18 cycle.  In this year, grain production reached a historic record of 142 million tons produced, exceeding what had been harvested in the previous campaign by 46%.

This favorable context, driven by a climatic improvement, added to the well-thought out planting work of the producers, and ultimately led to the oil seed and cereal industry being the two most dynamic sectors of the Argentine economy on the external front, amounting to an income of foreign exchange close to $29 billion. This amounted to 44% of all the country’s exports, according to data from the INDEC (See Figure 1). 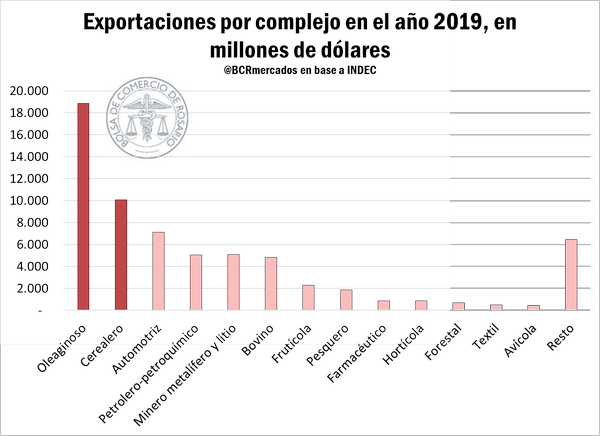 Next, we will proceed to analyze the composition of the exports in the most significant industries according to the total value of the firms.

It was, by and large, the sector that attributed the highest amount of money to the country, reaching 18,867 million USD, 29% of the total exported. Among the companies in the market, 89.8% of the oil seed production came from the soy market, 5.0% from the sunflower market, 4.5% from the peanut market, and 0.8% from olive growing. Among the main recipients of this sector, there is the European Union, ASEAN, China, India, «Maghreb and Egypt » iii and The Middle East iv.

The soybean market’s exports were at USD 16.943 billion, increasing by 12.5% since the previous year, and was very close to the average of the last three years. 52% of the firms in this market corresponded to flour and soybean pellets, and they experienced a year-on-year decline of 4.2%. Meanwhile, 21% of the soybean market exports can be explained by the oil market, whose exports were 18% more than those of 2018. The soybean firms, while they represented the 5.3% of the shipments of this market, were the ones that gained the most participation compared to the previous year, rising 139% in relation to 2018. Bio diesel represented the 1.2% of shipments abroad (with a drop 20.2%) and the remaining 0.6% was due to other exports, such as glycerol, lecithin and waste (which fell by 19% inter-annually). 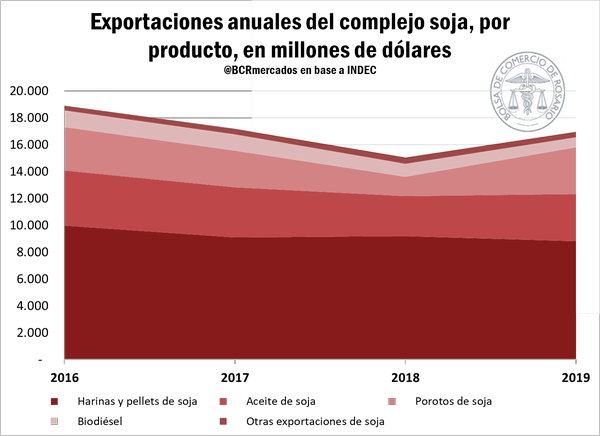 For its part, the sunflower market registered 935 million dollars in firms in 2019, increasing by 23.4% in comparison with the previous year. Of this amount, 73.4% corresponds to sunflower oil, 17.6% to flours and pellets and 9.0% remaining to seeds.

Among the main markets of the sector there is ASEAN, Mercosurvi, «Maghreb and Egypt», «Rest of ALADI» and the Middle East.

As for the first of these markets, the The corn market, their firms totaled 6.025 billion dollars in 2019, registering an increase of 40.1% year-on-year. 99% of the exports of this cereal were made in grains, while the remaining 1% corresponds mainly to oil and cornstarch.

Meanwhile, the wheat market accounted for a foreign currency income of USD 2.836 billion, showing a slight year-on-year decrease of 0.1%. In this case, 86.4% corresponded to wheat and 13.6% to its products (flour, bran, bread and cookies). 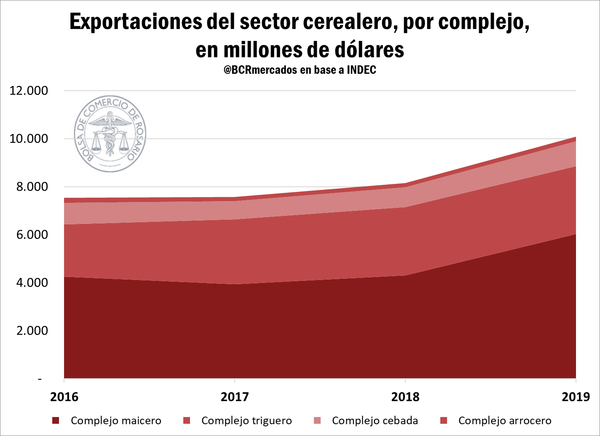 The metalliferous mining sector firms reached a value of USD 5.016 billion, increasing by 8% year-on-year. Within this sector, 55.6% of exports were gold and silver; 22.0% of the market

Meat and waste accounted for 92.0% of the total, while the rest was exported to the United States in the form of eggs, live animals and other poultry exports. Meat was the product that performs the best among this great universe of markets, registering the best interannual rises in the total exported.

The fishing market firms totalled 1.863 billion, a decrease of 13.5% year-on-year. The relative shares within this sector were: 71.3% crustaceans and molluscs; 27.3% fresh and frozen fish; and 1.4% flours and preserves.

In 2019, exports from the pharmaceutical market totaled 886 million dollars, increasing by 1.7% since the previous year. Of these, 61.4% corresponded to medicines, and the remaining 38.6% to other pharmaceutical products.

Shipments from the forest market reached a value of USD 691 million in 2019, a rise of 3.3% compared to 2018. 53.8% of the exports corresponded to cellulosic-paper products; 25.6% to the wood sector; and the remaining 20.4% to other forest exports (mostly extracts from quebracho).

In 2019, the textile market’s exports amounted to USD 508 million, a decrease of 14.2% compared to the previous year. Of the total, products derived from wool represented 48.2%, those derived from cotton 28.0%, and those corresponding to other textile exports (yarns and fabrics), 24.0%.

The rest of the sectors (adding the tobacco, sugar, honey, equine, tea, yerba mate and other exports markets), together, added exports worth USD 6.450 million in 2019, increasing by 0.2% year-on-year.

The above data are summarized in Table 1. 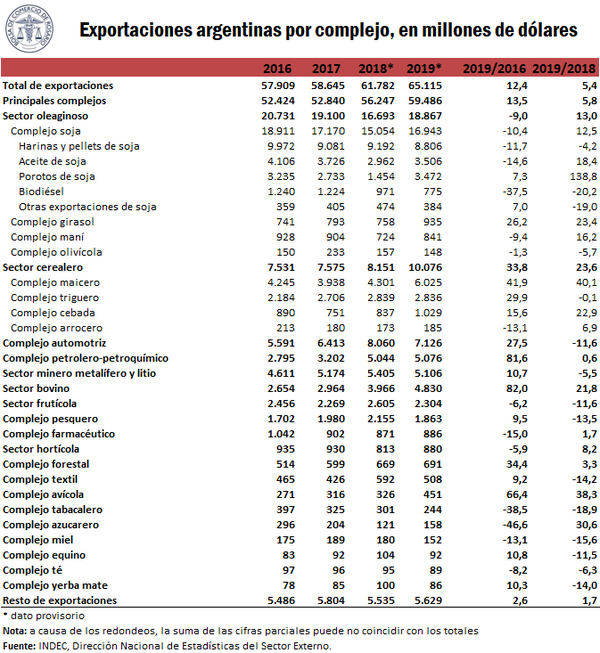