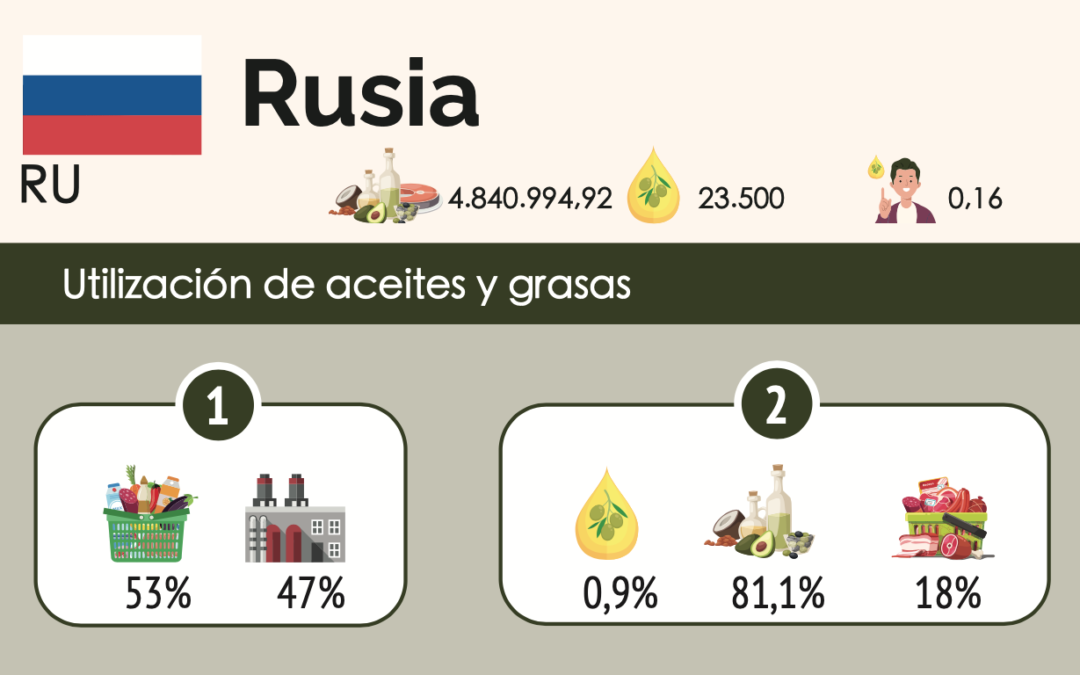 Russia is a very important market for olive oil from Spain. The country is not an oil producer, so it depends on imports of this product. Spain and Italy provide the largest volumes of oil to Russia, but the largest market share belongs to Spain.

Russian individuals consume about 0.16 liters per person per year. This translates into a consumption of 23,500 liters per year. Of the total amount of oil consumed in Russia, 0.9% goes to olive oil. 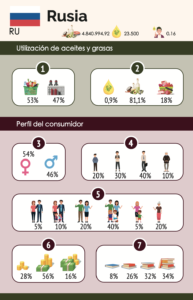 According to income level, people with a medium income level consume a higher percentage of oil. Middle-income people account for 56% of their consumption. Olive oil in Russia is perceived as a premium product, to which only the middle or upper classes have access.

According to the different existing categories of olive oil, in Russia 52% of extra virgin olive oil is consumed, followed by olive oil with 25%. The least consumed oil is olive pomace oil (3%).

The percentage of olive oil consumption by type of packaging shows that in Russia 90% is consumed in PET containers. Where olive oil is least consumed is in cans. 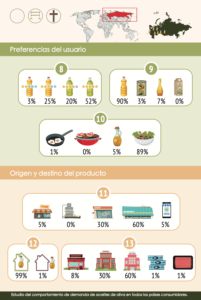 The establishment where most olive oil is purchased is in hypermarkets (60%), followed by supermarkets (30%).

99% consume olive oil in their own homes, the remaining 1% outside the home. Outside the home, the highest proportion of consumption is in hotels (60%).

In Russia, of the total number of oils on the market, mainly sunflower oil is consumed, since, as indicated above, olive oil is now considered a gourmet product. Therefore, olive oil in Russia still accounts for a very small percentage of the total oils consumed.