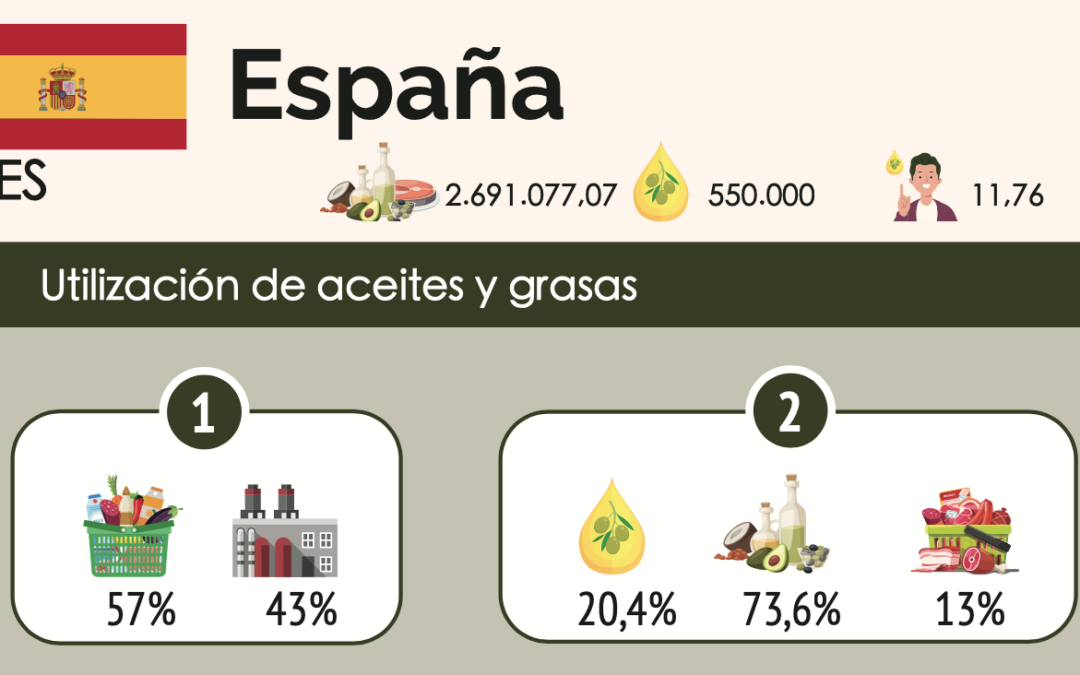 Spain is the world’s leading power in the olive oil and table olive sector. The efforts made in recent years by the sector (olive growers, millers, the State and other public and private institutions) have meant that Spain not only produces the largest quantity of oil, but also that the quality is unsurpassed. Spanish production represents nearly 60% of EU production and 45% of world production.

It is the leading producer of olive oil, and only Italy has displaced it from first place for a few short periods of time. The contrast between a decreasing surface area and a growing production shows that the Spanish olive grove has been undergoing a renewal process which is leading to an increase in its productivity. 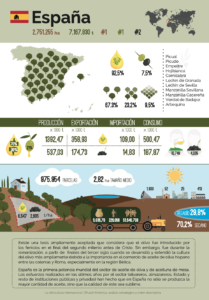 The main producing area is located in the diagonal that joins the Northwest of Jaén with the Southeast of Seville, which includes the Subbética of Córdoba, the North of Málaga and the West of Granada. In these areas, there is a great variety of olive trees that cover the entire Andalusian lands and give rise to exceptional oils of extraordinary quality. The most important olive varieties in Spain are Picual, Picudo, Empeltre, Hojiblanca, Cornicabra, Lechín, Manzanilla, Verdial and Arbequina.

It has 975,954 olive grove plots, of which the average size corresponds to 2.82 hectares. In Andalusia, the provinces of Seville and Cordoba are the ones with the largest average farms. However, it is in Almeria where the average farm is smaller. Productivity per hectare is 0.547 tons of olive oil and 2.605 tons of table olives.

Spain is the country with the largest number of mills, olive oil mills, refineries and vatting plants, with 1,830, 52, 25 and 413, respectively. 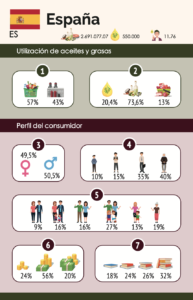 The PET container is consumed in a fairly significant proportion among Spaniards, accounting for 94%.

In the Spanish population, the consumption of olive oil is widespread in different areas of the kitchen. The greatest use of olive oil among the population is in crude oil. It is used to season salads, accounting for 40%. Olive oil is practically the only vegetable oil that can be consumed crude.

The largest olive oil purchases by establishment are in supermarkets (44%), followed by hypermarkets (25%). The purchase of olive oil through the Internet amounts to 6%. Less than 2% of the sales of bottled olive oil in Spain are made directly by the cooperatives. The rest, almost all that is produced, is sold in bulk to other companies that store, package and place it on the market through traditional distribution (hypermarkets, supermarkets…). Mercadona alone sells more than 200 million liters of olive oil, bottled mostly by the Portuguese company «Sovena», which in turn buys the product in bulk from several cooperatives and oil mills. This is more than 13 million 5-liter carafes sold under its white Hacendado brand, some 8,500 in each of its 1,500 supermarkets, which gives an average of 30 carafes a day in each of them. In other words, almost half of the olive oil consumed in Spain is sold by Mercadona. The other half is sold in the rest of the supermarkets under private labels and the brands of large distribution companies such as Dcoop, Deoleo, Acesur, etc.

Olive oil is one of the most prestigious edible oils in Spain. It is one of the engines of our economy, as it gives a lot of life to our towns. Moreover, one out of every two bottles of oil consumed in the world is Spanish olive oil.

Almost 70% of the oils marketed in Spain are exported to more than 175 countries, especially in the EU. 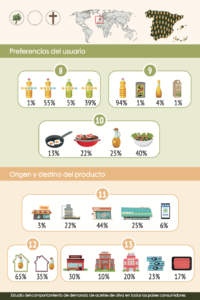