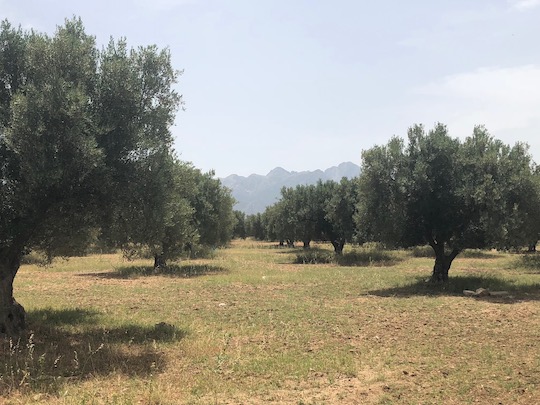 Cuando el amor juega a los dados is a literary work  in the romantic fiction category. It was written by Jerónimo Durán García, who is from Hornachos in the Badajoz province. This is where the love story in the novel takes place.

Hornachos, which is located in the Barros District, is a municipality that was a Roman settlement. After this, it became a Mudejar and Moorish settlement of the Crown of Castile in the Modern Age. It is located in a natural, unique enclave surrounded by Mediterranean forest and scrubland, pastures, and cereal crops. There are also olive groves and vineyards, which is quite typical of this region.

In this enclave, a love and heartbreak story of some of its protagonists is developed. They dream and relentlessly desire the person with whom they share their life. They are united as ever. They are blind to reality that causes confrontation against themselves and everything around them. They don’t stop to think that love, guided by Cupid, is sometimes a risky endeavor. Joy, sorrow, love, heartbreak, friendship, disappointment, fear of not being reciprocated and wanting to want without sharing are all the feelings that appear in the author’s words.

This novel recounts the traditional village festivals, where an open space surrounded by olive groves is a good enough to host the party. This is where the youth and not so youthful get togehter, dance and enjoy themselves until dawn. The festival owes its name to the site in which it takes place. Therefore, it is called The Olive Grove Festival. The olive trees not only serve as the decorative host to the party. Their thick, twisted trunks and large crowns shelter couples trying to protect their privacy under their branches. These are the most perfect nights to make love under the olive trees. These are nights where infatuated souls meet under the moonlight of the shining stars and let their bodies speak for themselves.