FERTILE AND LONG-LIVED JAPAN, WORRIED ABOUT A NUCLEAR A NUCLEAR WAR 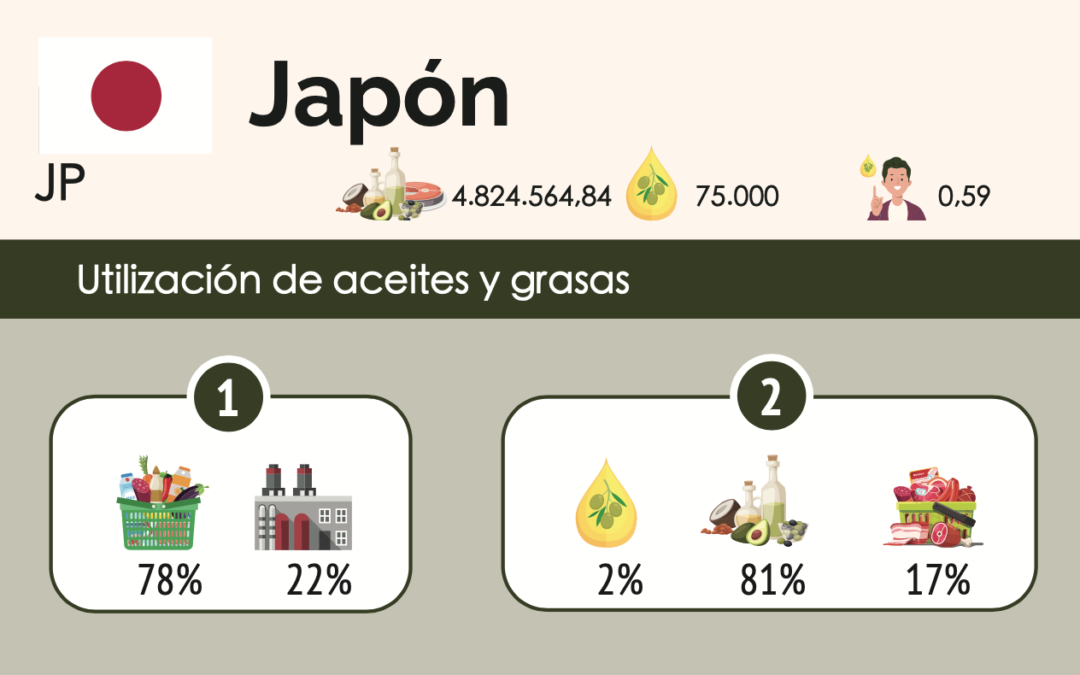 Last Tuesday, August 9, Japan commemorated the 77th anniversary of the atomic bombing of Nagasaki. At the event, the mayor took the opportunity to recall that the possible use of such weapons of mass destruction is not an unsubstantiated fear, but a tangible reality, alluding to the existing war crisis between Russia and Ukraine, which is straining international relations.

He also highlighted the disastrous consequences of the use of these weapons, recalling what he suffered in his country, where more than 400,000 people have lost their lives since then, with more than 40% of Nagasaki and Hiroshima, which was bombed 3 days earlier, being the only two cities that have suffered an atomic attack so far, being completely destroyed.

Japan, after these attacks and the end of World War II, renounced, as stated in its constitution, its right to declare war. Nevertheless, the country maintains Self-Defense Forces that are ranked as the fourth most powerful army in the world.
Japan is currently involved in several territorial disputes with its neighbors Russia, China and South Korea, and is considering, after doubling its military budget to 2% of GDP, rearming with nuclear weapons.

With regard to its population, Japan has the second highest life expectancy in the world, mainly due to its cuisine and culture, which is closely linked to the care of the body and mind, in favor of longevity.

Japan’s agricultural sector accounts for approximately 1.2 percent of the country’s GDP. Only 11.5 percent of Japan’s land is suitable for cultivation.

Japan is an island country that stretches along the Pacific coast of East Asia. The main island is Honshu, the particularity of the Japanese archipelago is that no point of Japan is more than 15 kilometers from the sea. Characterized by its dense cities, natural parks, temples, palaces, shrines and extensive vegetation, Japan could not be left behind in the world of olive growing.

It is both an olive oil producing and consuming country. Olive and olive education is a very important part of research and education in the food and agricultural sector. It is one of the most demanding markets for imports, as the concept of a healthy diet is deeply rooted and the qualities of olive oil attract the attention of Japanese consumers. 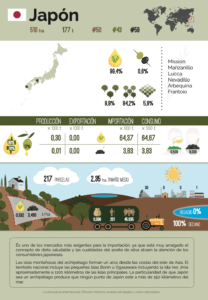 It currently has 510,000 hectares of olive groves. It ranks fiftieth in the world in terms of cultivated area, forty-third in olive oil production and fifty-ninth in table olive production. Of the total production, 99.4% corresponds to olive oil and 0.6% to table olives.

Japan has 217 olive grove plots, which have an average size of 2.35 hectares. Per hectare, 0.592 tons of oil are obtained per hectare, as well as 3.480 tons of table olives per hectare.

There are 30 oil mills and 1 bottling plant; there are no olive mills or refineries. The turnover of the olive oil sector in this country is 0.098 million euros, which translates into more than 45 thousand real working days.

Of the total animal and vegetable fats consumed in Japan, olive oil consumption accounts for 2%, or 75,000 tons of olive oil.

As for the consumer profile, it is consumed by men more than women, 53.6% and 46.4%, respectively. With respect to age, the older the population is, the higher the percentage of olive oil consumers, predominantly people between 50 and 65 years of age with 38%.

According to the family structure, its consumption is equal in middle-aged families with children and single or widowed with 21%. Those who have a medium-low income level consume more olive oil than those who have a low income. Consumption among people with a medium income is 38%, low income 17% and high income 45%.

In terms of the establishment where the oil is purchased, there is a notable predominance of purchases in hypermarkets (60%), and to a lesser extent in supermarkets (20%), Internet (8%), and traditional stores (8%).

In addition, 74% of the people who consume olive oil do so within their own homes, the remaining 26% outside the home. Outside the home, the establishments where this consumption predominates are the canning industry (40%), hotels and food processing industry (20%), bars and collectivities (10%). 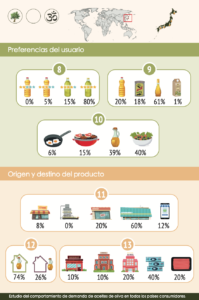