HOW IS IT GOING IN… BRAZIL? 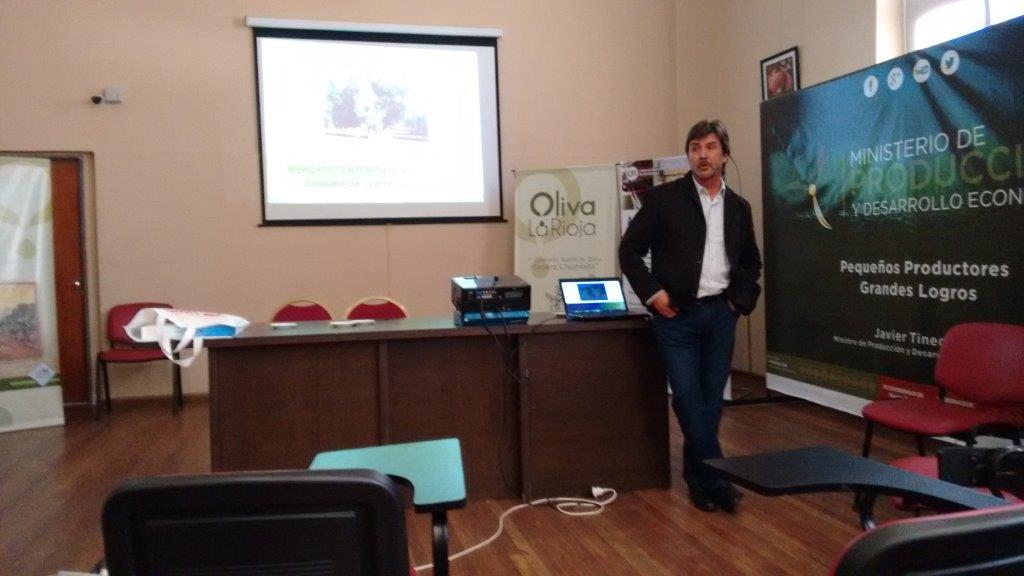 It all started with EPAMIG in Minas Gerais, which already had incipient studies before year 2000. Also, before the year 2000, more precisely in 1996, we started a movement in Rio Grande do Sul to implant olive growing, with the first olive trees planted on the Cerro dos Olivais farm by a specialist in olive growing, an expert in olive oil and a doctorate student in olive oil and Salud da Uja, Dra. Olvania Basso Oliveira, who is the mother of the RGS culture that was followed in Brazil. The first plants that were acquired were from the Spanish company Agromillora in 2002 and 2003 when, we also started to do a job of motivating those interested in a municipality called Caçapava del Sur. In 2006, 2007 and 2008 the director of Agromillora Juan Torrents visited the city of Caçapava del Sur in RGS and we started to plant the olive trees with plants purchased from Agromillora. Here what is important is to say is that practically all plants today in Brazil can trace their origin to Agromillora because some nurseries here took advantage of the Agromillora plants with the multiplication. In July 2006 we had contact with IFAPA, more precisely with the Director of the Oliviculture Course, who was Dr. Juan M. Caballero at that time. We did a project and sent a technician from Emater from RGS to do the olive growing course in Mengibar. That technician did not respond and in 2008 I went to do olive growing in IFAPA, after having my application approved by Prof. Juan M. Caballero in Mengibar. Here another important thing we did was IFAPA opening the doors for many Brazilians to participate in the olive growing course. There are two very important people who started everthing that is happening now in Brazil in olive growing. First, there is Juan Torrents de Agromillora, who had accreditation in everything (including Agromillora. He has a nursery still today in Brotas –San Pablo). Secondly, we have Professor Dr. Juan M. Caballero, who was tireless in his effort and continues to help in all the projects that we are doing and have done in Brazil. Those two Spaniards were key figures for everything. Caballero helped us to do the 1st international olive growing day in Porto Alegre (in 2010) with the presence of the COI executive director of the time, Señor Sbitri, Juan M. Caballero, Marino Uceda, Antonio Trapero. Then, in 2014 we held the Olive Oil Business Fair and the 2nd international conference of Oliviculture.. Manuel Parras, who, at the time was the Rector of la UJA and Dr. Sebastián Villaasclaras Sanchez attended the event. For these events, researchers like Marino, Uceda, Sebastian Villas, Claras Sanchez, Antonio Trapero and also Mr. Barjol, the Executive Director of COI, will come again. That was the beginning of everything, so everything that happened in terms of courses and incentives for Brazilian olive growing gave some people the chance to meet and attend courses in Spain. The beginning of an associative entity called ARGOS Association Rio Grandense de Olivicutores was then created in 2007. That association is working on researching to improve cultivation and knowledge and was responsible for bringing 30 Brazilians to Portugal and Spain for courses that I organized with Instituto de Bragança-Portugal and frequently organizes with the University of Jaén. Currently, olive oil courses are being given, and I am coordinator for them in Brazil and AL together with Professor Dr. José Juan Gafório. These actions will begin to open doors for more to come, and they it all began with our ARGOS movement. Therefore, the research and teaching sector is practically completely centered in Spain. IFAPA, UJA and UCO are our references. Now, we are going to move on and talk about the olive sector in Brazil.

Development of olive growing in Brazil:

Olive growing in Brazil has many limitations. We have a lot of rain in our country in certain areas. So we will have to live with that problem. Studies near them are very incipient and there is not much knowledge on this subject. Another limiting factor is the temperature itself in the areas where olive trees can be cultivated. We do not have reliable stations in thermoses of temperature and rain. In winter, you can have temperatures that vary from 0º to 30ºC, torrential rains in flowering period, etc. These are factors that limit production. All this, along with the problem that exists with aging, means that we have olive groves that can be highly unpredictable at times. Economically, people have to prepare for that. The information they present will always sugarcoat things. It shows everything as if it were wonderful. Fortunately, olive growing is more of a hobby for many because these growers have other sources of income.

Olive growing in Brazil is based on 3 varieties: arbequina, arbozana and koroneiki. These varieties by themselves are not enough to develop a sector, and are not enough to become part of the agricultural matrix and economy of a country like Brazil.

The number of hectares planted is variable and the information unreliable in this sense. Some say there are 5 thousand; others say 10 thousand, however without any confirmations. The only de facto information is that if you plant olive trees in Brazil today you will do it in San Pablo, Minas Gerais, Paraná, Sta Catarina and Rio Grande do Sul. The same is true for the number of olive growers, brands, bottlings, etc.

Also, there are many prizes won in contests, but I must ask, what contests? Such things do not truly measure the quality of the oils. Contests are merely marketing products for brands. Real quality is the constant production with techniques that allow the oils to be elaborated properly. It is difficult to measure quality with contests with little or no production, like in our case. It is impossible. Another nonsensical thing said is that oils produced here in Brazil are better than those that are produced abroad. It is hard enough to produce in a country with a semi-tropical climate that obtains irregular productions all the time. All that producers must be worried about is being able to prepare to live with such irregularities to avoid frustration and loss of money. That doesn’t mean we have to give up on olive growing, only that we must prepare realistically for these conditions and make smart investments taking into account such factors.

The Brazilian market is very important for the world Sector. We are the 2nd biggest olive oil importer for non-producer countries (national production does not count because it is insignificant). Today we have a consumption of 80 thousand / ton / year (2019 data). We had a significant drop in oil purchases in 2013/14/15 when imports reached 2008/10 numbers, which was around 55 thousand / ton / year. We had a recovery in 2017, and we continued in this trend. And in 2019 we were increasing imports and we were projected to increase imports a thousand tons for 2020 and by 2021. But now, because of the Covid-19 issue, imports are projected to decrease to 2015 numbers or close to 60 thousand / ton / year maximum. Brazilians consume little oil and could consume more. They understand the connection of oil with health. That is an important point and it comes from a long time ago.  This comes from our grandparents’ time and it has a lot to do with the origin of the populations of Brazil with their origins in Spain, Portugal and Italy, mainly, in the South and Southwest regions. The inhabitants of these regions migrate throughout Brazil and carry their culture for the other states and with that the culture of oil consumption. That is a fact to raise awareness on the consumption of this product. Also, in Brazil we have a factor that significantly prevents the spread of oil consumption, which is that oil is considered to be a bit elitist and expensive. Even with all these obstacles, there is great consumption in Brazil. Oil consumers are typically middle class. Also, in Brazil we have an average consumption of 0.5 l per capita year. However, this number is not true and it indicates absolutely nothing, since not all of the 210 million people Brazilians consume oil. The consumers amount to 20 million people.

There is almost nothing that explains the flood of bad quality oils that we have. Combating fraud is a path but it is only the tip of the iceberg. We must implement other quality controls in Brazil. That will inhibit fraud and bad oils from coming into the mix, opening the door for us to import growth.

The Brazilian market has great potential for growth after this pandemic. I personally believe that it can double in size if things are done correctly and in the correct way. I think that the potential consumption that exists in Brazil has the capacity to grow more than almost any country in the world. Improving the flow of olive oil imports from Iberian-American countries to Brazil is the thesis I am currently working on in the doctorate I am doing at the University of Jaén. My tutor is Prof. Dra. Encarnación Moral Pajares.