HOW IS IT GOING IN… CHILE? A second perspective 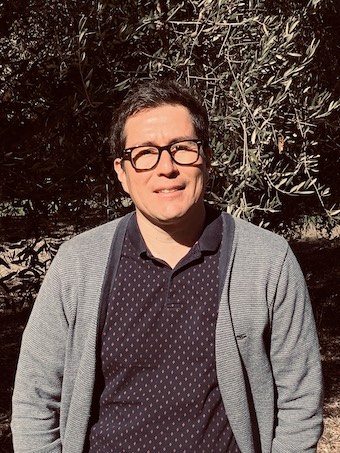 Jorge A. Astudillo Gálvez, Agricultural Engineer from the University of Chile, Diploma in Olive Oil Production at the same university. He has been tied to the olive oil industry for seventeen years, participating in the design, implementation and development of production processes. Currently, he is the Production Manager of the company Agroindustrial Valle Arriba SpA, where he is in charge of its productive units. Among them is a 400-hectare organic olive grove (NOP).

Chile currently has around 25,000 hectares of olive trees for oil production, along 1,000 kilometers (between 27° and 38° South Latitude), distributed among different regions, each with its own soil and climatic characteristics. There is a selection of cultivars, which came to replace traditional varieties used mainly as pollinators of table varieties (empeltre and racimo). The most relevant varieties of the current Chilean olive growing correspond to arbequina, arbosana, koronieki frantoio, leccino, picual, coratina, among others. All of them come from the Mediterranean.

The groves planted at the end of the nineties began to bear their first fruits that were the basis of the productive and quality that stands out in the world today. In the first years of production, the olive sector presented numerous transformations, among the most important was the consolidation of the guild gathered in Chile Oliva in 2005. This is the association that brought together more than 90% of olives, oil and packaging producers. Also that year the amendment to Law 19,039 on Industrial Property was enacted, which contained the matters relating to the designation of origin and geographical indications of agricultural products in its articles, which only at the end of 2017 would achieve the first concrete action with olive oil producers in the area of Huasco. As part of its initial activities, the association submitted the preliminary text to the Ministry of Agriculture and a study of the draft law on the «Production, Processing and Marketing of Chilean Olive Oil and Olive Pomace Oil,» a law that has not seen the light of day for more than a decade.

By 2008, the country had a wide range of production scales, ranging from plantations of half a hectare to producers with more than a thousand hectares, where new production technologies were used, aimed at optimizing resources. At the same time, concepts of precision agriculture, organic crops, super-intensive plantations combined with intensive, mono- or multi-varietal, with technified irrigation systems, in pebbled soils, with mechanized harvesting systems, HACCP-certified oil mills, were some of the indicators of a growing national industry.

There was a notable break in the evolution of the industry in the period 2002-2019 and that corresponds to the definitive entry of the super-intensive cultivation system, which beyond the agricultural components, such as planting systems, pruning and harvesting, modified the way of handling the business. Until 2005, the projects that were being executed considered cultivation units no larger than 200 hectares, with an oil mill and brand development. The objective of these undertakings was to position this new quality product in the different consumer markets from oil bottled at origin, made from their own olives. A couple of cases in particular focused on sales at a local level, mainly substituting Spanish, Italian and Greek oil imports, and this had great success, managing to cover more than 90% of the domestic market. As of 2005, there are around a dozen oil mills distributed in the fourth and seventh regions. Later, with the entry of the super-intensive systems, the business model was modified, as it allowed for the entry of bulk products, which replaced the initial supply. Currently, there are about thirty olive oil mills, and most of them self-supplied with olives from their own groves. There are some oil mills, especially in the Norte Chico, which receive olives from third parties, providing maquila services.

If we analyze Chile in the present and we project ourselves for future, the same threats associated to climate change and the advance of desertification, could generate an opportunity for the industry, since the olive tree could be the natural replacement of crop species that require a lot of water. It has become clear that the olive tree is capable of withstanding long periods of drought, returning to normal production once the irrigation cycles have resumed. Given the shortage of labor, the olive tree is highly mechanisable in super-intensive systems, both in pruning and harvesting, two of the tasks that require a lot of work for their execution.

Per capita consumption in large importing countries like Brazil, the United States, China, as well as in Chile’s domestic consumption, is far from matching traditional producing countries like those in the Mediterranean, which could become a real opportunity once the post-pandemic economic problems the world is going through begin to cease. Once consumers start using olive oil in their daily dishes, they will hardly ever use other vegetable oils for their meals again.

Chilean oil must get back to adding value, for which it will need sustained quality over time, stability in production, control of its expenses,  education on the benefits of EVOO, and greater production volume in order to satisfy the demand of importing countries, where it almost imperceptibly participates with less than 0.6% of the oil produced worldwide. 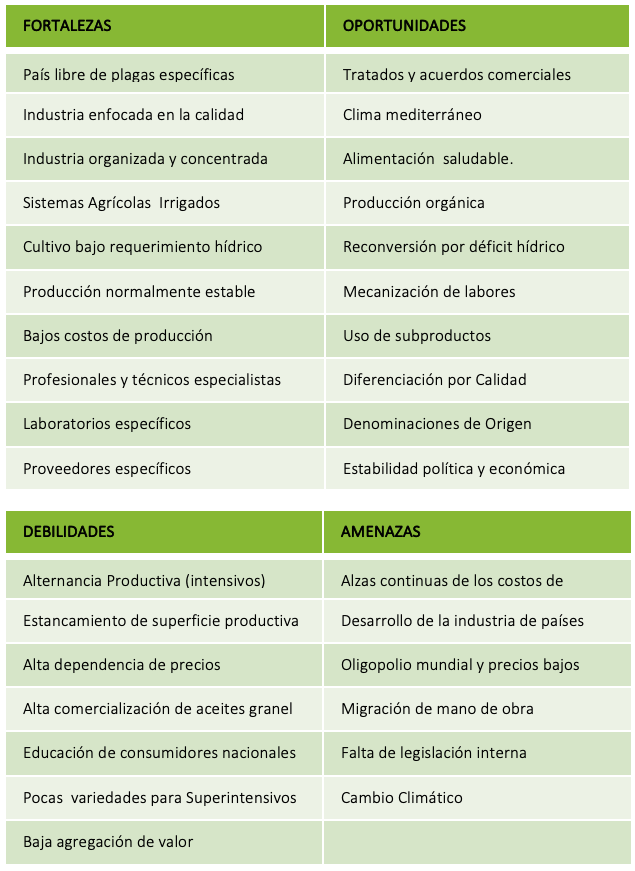