JUSTICE OF THE OLIVE TREE 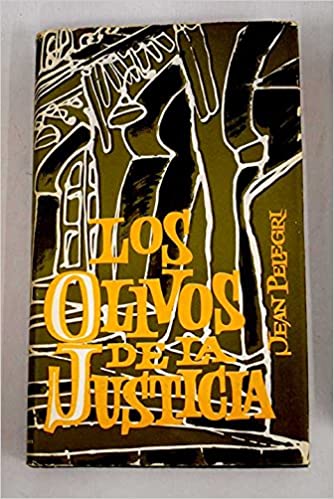 The olive tree is a crop that has been written about in a recurrent way in literature. It is a crop that is present throughout Mediterranean geography, one that is uniquely immersed in the history, customs and gastronomy of the places where it grows.

This is the unique case of the novel La Justícia del Olivo, Les Oliviers de la Justícia. In the novel, its author Jean Pélégri, a writer and professor of literature, wanted to reflect on the story of his father, a story that would later reach the big screen and eventually win the Prize for Film and Television Writers at the 1962 Cannes Festival. Although Pélégri was French, he was born in Algeria and truly felt Algerian at heart.

The novel tells the story of the PIeds Noirs, French settlers in Algeria, and how one of these settlers returns to his native Algeria. He returns in order to say goodbye to his father in a contextualization of the end of a French Algeria.

He tells the story of how he spent his childhood, of how his father cultivated olive trees, of how the land was worked so that it would bear fruit, and of the roots and value of a crop that united different cultures and religions. The story shows deep conversations under the shade of the olive trees, disagreements, conflicts and forgotten grudges. It shows us the whole history of values, culture and sensations linked to the tradition of olive growing.

This is a great example of the innumerable amount of literary works that show many of the feelings and stories that are irrevocably linked to the nature and surroundings they find themselves in.