PULP FICTION, A DISTRIBUTION OF EXCEPTION, WHERE THE OLIVE TREE OWN COULD NOT BE MISSED 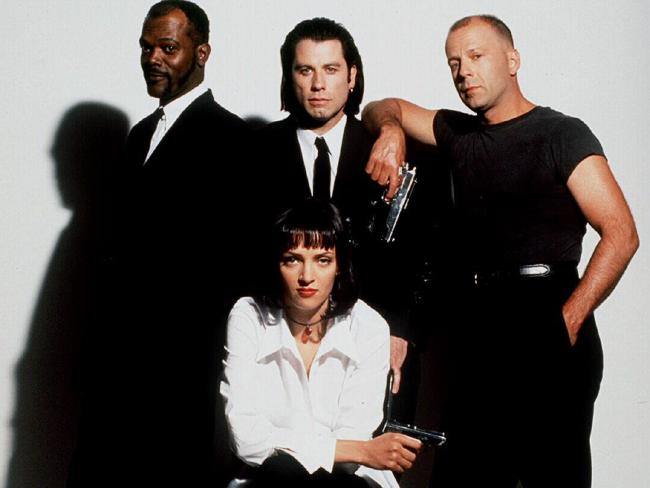 The American film Pulp Fiction, which was written and directed by Quentin Tarantino, tells several stories at once that are intertwined with each other. The film’s protagonists are members of an organized crime organization in the city of Los Angeles. The film was awarded the Golden Globe for Best Screenplay, the Golden Palm and the Oscar for Best Original Screenplay, as it was considered culturally, historically and aesthetically significant. It was given a place in the National Film Registry.

The film had a cast of young actors that turned out to be megastars on the big screen for years: John Travolta, Samuel L. Jackson, Uma Thurman, Bruce Willis, Steve Buscemi and Quentin Tarantino himself, among others. In the film, numerous scenes and events unfold that keep the viewer in total suspense, and many of the scenes were filmed among olive trees.

In one of the scenes, a story is told about the inheritance of a gold watch inherited by Butch Coolidge, characterized by Bruce Willis. Here, the boxer receives a visit from a military man, Captain Koons, who spent time in captivity with Butch’s father in a prison camp in Vietnam. Koons gave him a gold watch that belonged to his grandfather, who participated in World War II. Before he died, he gave it to a partner to give it to his father. The companion had hidden it in his rectum for 5 years to avoid it from being robbed, giving it to Koons before he died. Then, Koons also hid it in his rectum for two more years in order to give it to little Butch. After a sequence of scenes, Butch himself decided to escape from the city and leave everything behind. He was riding in a Chopper when he picked up Fabienne from the Riverside Glen Hotel. The hotel had a very particular scenery, as it was built on a mount of olive trees, with a fully Mediterranean landscape in central California.

Today, 25 years after Pulp Fiction, the hotel where Fabienne stayed at has turned into an architecture firm. A lot has changed from how it looked in the original scene, but the olive trees that were present there haven’t changed a bit. They are of the Mission variety and adorned the scenes of one of the most historic movies of all time.