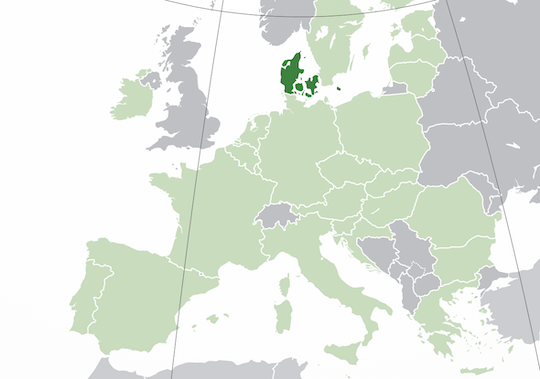 The southernmost and smallest country of all the Nordic countries is Denmark. It is characterized by having very cold winters, a large mass of forest land, a low population density and is considered one of the best places in the world to find happiness.

In 2018, this country held the Silver Medal for the Future Policy Awards for its Organic Action Plan. That included a series of proposals and strategies aimed at doubling the cultivation area dedicated to organic crops. So much so, that in 2007, organic agriculture occupied 150,000 hectares, 5.5% of the country’s arable land. Furthermore, in 2018 this area increased to more than 245,000 hectares, equivalent to 9%. To this end, the government has promoted measures to increase the demand for organic products and has stimulated research and development of new products and technological processes. Denmark is one of the countries where the production of the primary sector is most professionalized and automated.

The geographical and climatic characteristics of Denmark are especially suitable for cereal agriculture (barley, oats, wheat and rye), fodder and other crops such as flax, hemp, hops and tobacco, which facilitates processed automation. 80% of the Danish agricultural production is destined to the manufacture of fodder and feed and around 85% of the farms of Denmark have less than 50 ha, and most are family owned.

With its Organic Action Plan, the creation of urban family gardens for self-consumption has been encouraged, resulting in the Danes having the possibility of harvesting their own fruits and vegetables. Despite the weather that prevails in Denmark, the Danes have grown a hundred olive trees in their gardens, and they have managed to keep them alive despite the harsh Nordic winters. As if they were a real treasure, they cultivate them in the most sheltered areas of the orchard. This way they are able to harvest the green, gem-like fruits they bear, and from them they have managed to create something truly unexpected and special – the first Danish EVOO.